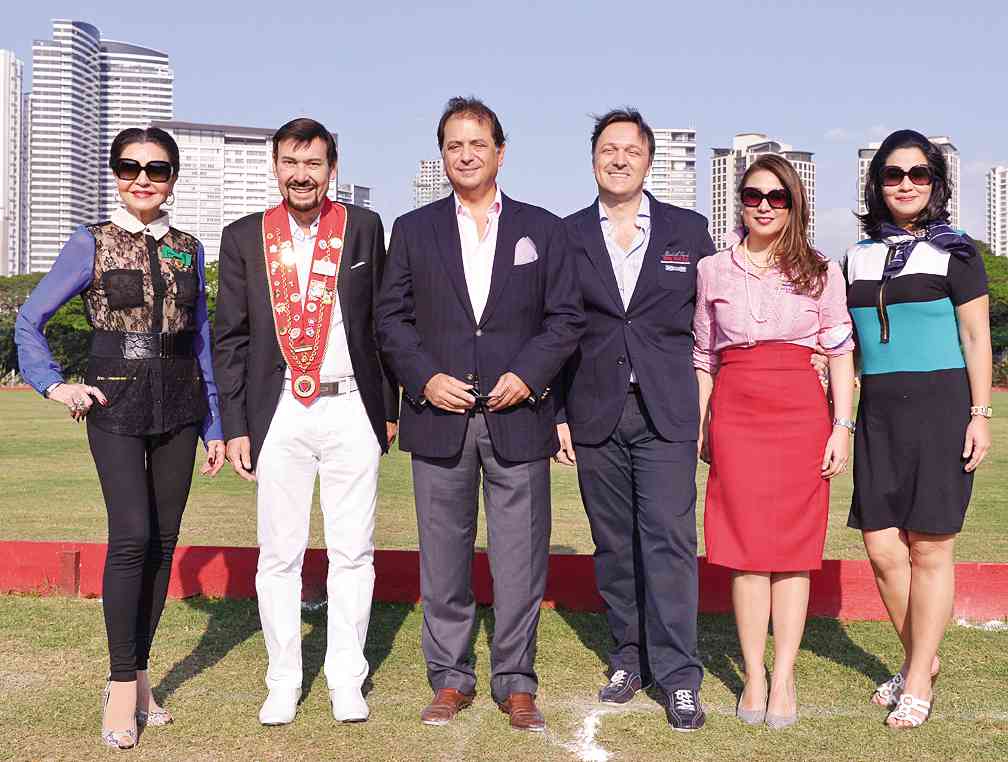 The Manila Polo Club (MPC) was the place to see and be seen when that über-classy yet comfy Italian luxury sportswear brand, Paul & Shark, no less, dahlings, officially launched its prestigious brand.

he event was packed with our town’s well-heeled personalities during the grand game of kings, the Paul & Shark Polo Cup 2014 together with La Chaine des Rotisseurs, that drew a 400-strong polo-loving crowd.

Class A singer
The nautical-theme event was emceed by charmant Marc Nelson while the sophisticated entertainment was provided by the MSE Music Ensemble. The goosebump-inducing numbers, performed by class A singer Pinky Marquez, were a treat for all of us, palangga.

Après the ceremonial throw-in, the riveting, fast-paced high-goal match pitted the Black team against the White team, which kept the crowd cheering for more action.
In the end, it was the White team that emerged victorious with an impressive seven goals. The traditional divot stomping led by the gorgeous Paul & Shark models had everyone agog The voice that sends a thousand thrills, Pinky Marquez, naturellement, took centerstage once again to sing “Conti Partiro” and “Somewhere.” Later, an impressive parade of roasts was placed on the field where the guests filled their plates of the chosen menu.

As my eagle eye darted around, it was easier to report who was not there than those who were, dahlings.
Other VIPs spotted were Antonio “Dong” Longa and wife Geraldine; and Santi Araneta and wife Marie Therese or “Maite”; Freddie and Josephine Borromeo.

Fun night
Still wearing my Paul & Shark outfit, I dashed over for a great, fun night at Hyve. It had to be that multilingual, multitalented gentleman of all seasons, the smart and witty palangga of mine, Ferdi Salvador, to put one of Manille’s premier boutique nightclubs in the limelight when he hosted an extravagant anniversary bash with select VIPs.

The party started with a celebratory toast from the Hyve partners, with champagne bottles topped with sparklers paraded across the club. “Hyve officially opened its doors to the public a little over a year ago and has cemented its status as one of the most exciting clubs in the metro. From its lavish interiors, technologically advanced LED ceiling, premium bottle service, and roster of acclaimed local and international DJs, Hyve is a tour de force,” said Salvador. The club has hosted a wide variety of international acts, including Borgeous. It continues to draw in crowds for its epic weekend parties with its queues on the ground floor sometimes snaking around the perimeter of the building.

Hey, dahlings, believe me, Hyve promises not only a memorable happening but also a splendid nightlife experience for all.